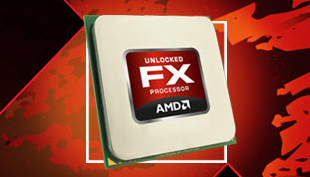 Before every major architecture launch from AMD or NVIDIA, the companies typically hold an editor's or tech day. These events usually last about a day (sometimes two) and involve a bunch of press sitting in a conference room while they get peppered with presentations and pepper back with questions. Engineers and key architects are usually present. The goal behind these tech days is to help the press understand, at least from the manufacturer's perspective, what makes their new architecture tick. Benchmarking usually doesn't happen at these events, but typically we get hardware at the event or shortly thereafter. If you're curious, Intel doesn't typically do a tech day - that's what IDF is for.

Two weeks ago AMD held one of these tech days for its upcoming Bulldozer architecture, which will be sold under the FX brand (e.g. AMD FX-xxxx CPU). Although it'll still be a little while before I can talk about most of what transpired at the Bulldozer tech day, there is one thing I'm allowed to share today: overclocking potential.

AMD was conducting overclocking experiments at the tech day and had three different stations setup for us to look at. The first used a sub-$100 closed-loop waster cooling solution from Antec (Kühler series). I can't tell you much about the chip itself other than it is an 8-core FX processor that AMD was able to overclock to 4.8GHz using the Antec Kühler. Next up was phase change cooling. Armed with a phase change cooler AMD pushed another 8-core FX CPU up to 5.894GHz at 1.632V. AMD ended on its most aggressive cooling solution: liquid helium. Using liquid helium AMD was able to take Bulldozer to a new world record of 8.429GHz. The resulting overclocked frequency was high enough to get AMD's FX processor inducted into the Guinness Book of World Records for the highest frequency for a computer processor. None of this tells us much about how Bulldozer will perform unfortunately. The most interesting number is likely the first number (4.8GHz) which gives you the upper bound of what to expect from an overclocked Bulldozer at home without any exotic cooling. AMD recently announced it started shipping server versions of its Bulldozer CPU and that desktop parts will be available in Q4.

See the videos on anandtech.